Review of Fear the Walking Dead


So, I have spent months now telling my friends all about how I had zero interest in watching the new AMC show Fear the Walking Dead. I had read reviews and articles on the premise for the show and was less than impressed. I had also stopped watching The Walking Dead after episode one of this past season so I really was just done with the whole concept. Origin stories are great in some cases (ie: X-Men) but it seems like everywhere you turn these days zombie-themed shows/movies have taken over.

This is why I didn't see the need to watch the new show. However, I woke insanely early this past Sunday with a migraine and sleep was no longer an option. I was channel surfing and stopped on AMC. It turns out for five Sundays  in a row they had aired a different season of "The Dead". This Sunday happened to be season five leading up to a Talking Dead special with host Chris Hardwick and then the series premiere of Fear the Walking Dead. I watched the whole season. Spoiler alert: I cried a little when Beth died and stage whispered obscenities when Noah died!  Just like that I was hooked. All day they showed adds for Fear the Walking Dead and honestly they made me feel like it would be a waste of time to tune in I was wrong.

The show ran 1 hr and 30 minutes and I was still not sure how I felt about it at the 25 minute mark. It started a little more gruesome than I thought it would which was good. The main characters so far consist of a19 year old male drug addict, his high school senior sister, their mom who is a principle at the high school, and mom's boyfriend a teacher at the school. Mom's boyfriend just moved in and it seems to be causing some tension. The teacher also has an ex -wife and a 16 year old son but you don't learn much about them. The opening scene shows the nineteen year old waking up from a pretty serious high and going downstairs at the crack house he's in to find his friends. When he finds his friends he realizes something is seriously wrong and he runs out into the street only to get hit by a car.

This results in him being taken to the hospital and being restrained because he was talking about his friend eating another person. From then on the story really picked up. The rest of the show was about this kid wandering around thinking he's losing his mind because of laced drugs. The rest of the world is trying to come terms with what appears to be unrelated attacks with no known cause. I found myself really enjoying the show. The zombies look very different at this stage than in The Walking Dead. It's very unsettling. I'm pretty excited to watch episode two. My only issues are I'm not sure I like the mother and they used the phrase 'something very bad happened here' too much.

Mai Tai'd Up by Alice Clayton

This is book 4 in the Cocktail series by Alice Clayton. This one is all about Chloe and Lucas. Chloe is introduced in book 3 as Clark's cousin and Lucas is the local town vet that has his eyes and some other body parts all over Chloe. Both of them have just recently left long term relationships (each ending at the alter on the wedding day). Chloe has spent all her life being a beauty queen and living by the rules and wishes of others and just wants a chance to be independent. She opens up a pit bull rescue and enlists the help of the good Doc along the way. She also gets to meet Lucas' cousin who just happens to be Caroline Reynolds(book 1 and 2 of the series)best friend so it brings the series almost full circle. Especially with a visit from Viv and Clark from the previous book.
Posted by April at 9:13 PM No comments: 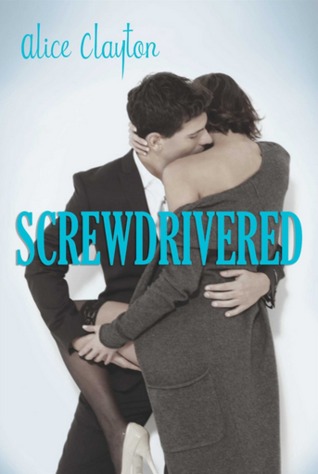 This is my favorite book in the "Cocktail" series by Alice Clayton. This story is all about Viv Franklin who is one of Simon Parker's (from Book 1 and 2)childhood friends. She is briefly introduced in book 2 of the series but this one is all about her and her quest to find "the one". By day she is a badass, tattooed, software designer and by night she is a closet romance novel addict ( but who isn't ? ). She dreams of a tall, dark , and handsome "knight in shining armor" type. What she gets is a gorgeous cowboy, an awesome home on the beach, and an uptight ( very attractive) librarian. She enlists a little help from Simon, Caroline, Ryan, and Mimi to help restore her new home so Clark the Librarian will get off her back and in the process discovers that maybe what you really want is right in front of you the whole time. I love Viv. She is sassy and fun.
Posted by April at 9:09 PM No comments:

So I love Netflix and I look forward to any new shows that they add especially Netflix Originals.  Chris Tucker recently filmed a standup show and I couldn't wait to watch it.  I love Chris Tucker from his many movies especially the Friday and the Rush Hour series. He is so animated that he makes me laugh just with his facial expressions. I watched this special a few days ago and ......ehhh.
It wasn't bad by any means but I may have hyped it up too much in my own head. Don't get me wrong there were some seriously funny parts. He talked about everything from his sex/dating life, growing up, becoming famous, and his friendship with Michael Jackson.  The sex bit I could have done without.  It just wasn't all that funny to me. The stuff about Michael Jackson had me laughing pretty hard and I have found myself repeating some of the lines.  Overall I would give this show a 3.5 out of 5. I would still recommend this to anyone who is a fan of Chris Tucker.
Posted by April at 6:53 AM No comments:

This book 2 in the "Cocktail " series and it did not disappoint me at all. This is the continuation of the story between Caroline Reynolds and Simon Parker.  The couple have been spending as much time together as possible and enjoying their new status as an "us". Their friends Mimi and Ryan are now engaged and their friends Sophie and Neil are on the outs which causes some interesting dinner parties and game nights.  They have agreed to house sit for Caroline's boss/friend as her and her new husband go away on a European honeymoon. Caroline has also taken on the responsibility of running the design company while the newlyweds are away.  Simon and Caroline find themselves getting very comfortable playing house and realize the next step to their relationship may be a little more permanent. Caroline begins to get very stressed by all her new found projects and tasks at work and Simon decides to take some downtime for himself which all leads to the inevitable question of whether or not these two have what it takes to live happily ever after. Also Clive is back bringing his own little furry twist to things. This is still not the end of Simon and Caroline's story but it dies introduce Vivian a badass software developer who is a childhood friend of Simon's. She is the main character in the next book Screwdrivered. I am so ready for book 3. 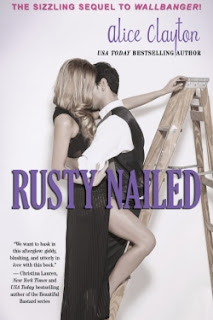 I laughed lot reading this book! I don't want to give away too many details but the main characters are Caroline Reynolds  ( an interior designer) and Simon Parker ( a world traveling photographer).  They are next door neighbors which leads to a very interesting meeting in the middle of the night. The chemistry between these two is evident from the very beginning but it is fun reading about them trying to stay in the friend zone even while their best friends all begin dating each other.  Caroline also has a furry sidekick named Clive who adds some extra amusement to this love story.  The story is set in San Francisco. There are some pretty steamy scenes involving a lot of flour and raisins. There are also some funny text messages sent between all the friends as each couples relationship starts developing. The end of the book is not the end of the story for Simon and Caroline it s actually just the beginning. I can't wait to read the next book as this is book 1 in the "Cocktail" series by Alice Clayton. You can read more about the author or the other books in this series by visiting http://www.aliceclayton.com or on the Amazon, Goodreads, or Barnes and Nobles sites.

FYI: I fully recommend checking out the author's site since she also included a pretty sweet soundtrack to listen to while reading the book if you are so inclined! 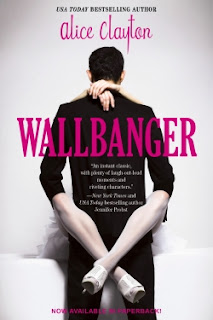