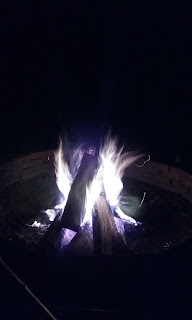 So here we are on the 1st day of Fall. It's time for football, hay rides, haunted houses, and hot cider. You know what one of my favorite things about this season is....the Fall TV lineup! I know it seems ridiculous but I can't help myself. Here is what I have watched so far this week and a quick overview:

The Voice returned to NBC @ 8:00 pm for pt 1 of the blind auditions. The hosts this time around are Blake Shelton, Adam Levine, Gwen Steffani, and Pharrell Williams.  I am so a junkie that I even follow the show on twitter.

Blindspot is a new series to NBC @10:00 pm. This is about "Jane Doe" who wakes up from a drug induced slumber in a duffle bag that has been dropped off in the middle of time square.  She is naked and covered from head to toe in tattoos. She has no memory of who she  is or why an FBI agent's name is tattooed in the center of her back.  I was not sure how I would feel about this show but I am hooked. It was so good that I was legit mad when it ended for the night. It has action and mystery and a really good plot. I think the storyline is so original that the viewer can't help but be drawn in.

The Muppets are back in a new prime time spot @8:00 pm on ABC. This was so unexpectedly hilarious. I laughed out loud more than once during this half hour sitcom.  The basis is that this is ho the Muppets are in real life not like when they were doing a "kids show". Kermit and Piggy have been broken up for a while and Kermit has moved on with his new girlfriend Denise ( yes, she is also a pig). Piggy is the host of her own late night talk show. Fozzie is in a newer but serious relationship that has him meeting his gf's parents ( she is human). The fact that Kermit said the word sexy during the first 10 mins had my attention.

The Bastard Executioner is the newest Kurt Sutter series (creator of Sons of Anarchy) on FX @ 10:00. This is set in Medieval times during the 14th century. It is very bloody, gory, and violent.  I like it so far. Last night was the second episode and I would like to tell you more of what it is about but to be honest it is a little confusing to me. It is kind of like putting together a puzzle with some of the pieces missing. The main character, Wilkin Brattle, is trying to infiltrate a corrupt political system that has caused the death of his family and people by pretending to be a traveling Executioner. The original one was killed in a surprise attack leaving behind a wife and 2 small children. The old executioner was a brutal man who mistreated his own family and they are ecstatic to pretend that Wilkin is there family.

Rosewood is a new series debuting tonight on Fox @8:00 pm. I know that Morris Chestnut is the main star but not much else. I plan to give a chance tonight so I will keep you posted.

Empire returns for season 2 to Fox @10:00 pm. I am so stoked to watch this. It was my very favorite thing to watch last season. I love the music, the drama, the talent. It is better than chocolate!!! I am so addicted and yep I follow this show on Facebook and Twitter. Bring on the Lyons.....