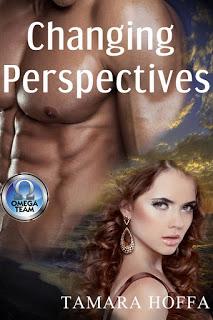 Angelina Montgomery’s biggest worries were graduating her Master’s degree program and finding time for a social life. The voluptuous brunette crooned sweet love songs to the crowds of the Cowboy Saloon every weekend, but hadn’t been on a date in almost a year. When flowers and gifts started arriving at her door from a secret admirer she was initially flattered. But when her car was broken into that inclination changed to fear. Retired Army Ranger Luiz Hernandez was one of Omega Team’s top agents. His Cuban heritage and scared visage made him the perfect man to infiltrate South American drug cartels. So why the hell were Grey and Athena sending him to babysit a co-ed with a stalker? He didn’t want the assignment, but he would do his duty. That duty changed when he set eyes on Angelina, and he had a new mission…capture her heart. Nothing would stand in the way of a Ranger and his goal. Not age, emotional baggage, and certainly not a mad man hiding in the shadows. 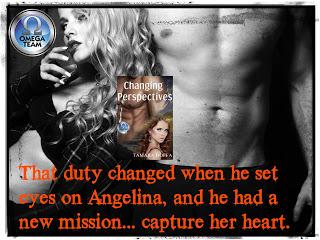 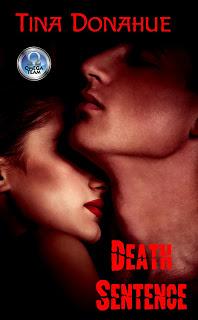 She’ll risk everything for justice… He’ll do whatever it takes to keep her safe…and in his arms. Greed and corruption rule at Zephron Correctional Institute for Women. A prisoner dies. The official ruling suicide. Hallie Reyes knows it’s murder. Driven to protect the other inmates, she hires The Omega Team to infiltrate the prison where she works as a nurse. The agency sends Chase Wallace, a former Army Ranger. He’s tall, dark, deliciously male. Temptation Hallie doesn’t need but can’t resist. Chase has been on dangerous missions before but never with a woman like Hallie. Fearless and determined, she’s everything he’s wanted and won’t chance losing. Even if he has to take the entire prison down. 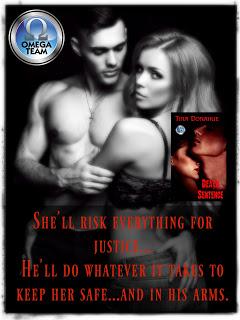 Running With Risk by Shaye Harting 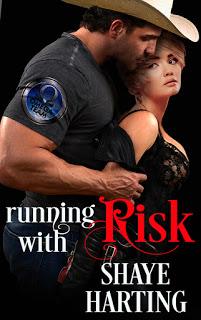 Clarence “Risk” Campbell turned in his spurs for Night Stalker wings in the army. Now a new member of the Omega Team, his first mission—to extract the daughter of a congresswoman from a worn-torn country—has gone sideways when the woman insists that the real danger lies with her mother. Determined to complete his mission the best way he knows how, Risk brings the feisty, yet alluring, woman back to his family’s ranch in Wyoming. It’s the one place he’s sure he can keep her safe, whatever the danger, unless that danger comes from his growing desire for her. Dr. Ruth Cabot turned her back on the socialite life and has dedicated herself to practicing medicine where people need her the most. The last thing she expects is for a flying cowboy to snatch her up and literally carry her off. Having spent the last few years avoiding attempts on her life, she has no intention of letting Risk deposit her back in the arms of the enemy. Avoiding the temptation of his protective embrace is another story. With both their careers and lives on the line, Risk and Ruth form an alliance born of heat and need. They’re flying by the seat of their pants as they navigate around the mounting danger and their growing attraction. 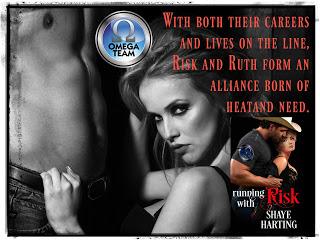 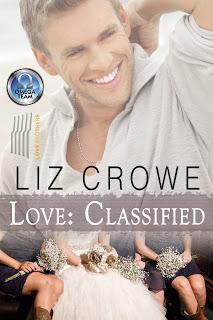 When a spring morning fog shuts down the Detroit Metro airport, Omega Team member Joey Preston is stranded along with thousands of others—including one harried young woman trying to get home to Kentucky. Paige DiFerrari thanks fate for keeping her on the ground in Detroit, since all she really has waiting for her back home are disapproving parents and a wedding weekend her prettier, more successful, younger sister has planned. Preoccupied with thoughts of escaping the ordeal completely, thanks to the weather, she turns a corner of the crowded airport, gets coffee dumped down her front thanks to Joey, and her life changes forever. What starts as a trick to convince her parents she has a cute, private security employed boyfriend, ends in a way neither Joey nor Paige expect once they get home and encounter the full force of the DiFerrari family dysfunction in the face of a stressful weekend. Before Joey leaves Kentucky for his next assignment, he must confront his feelings about Paige—the good and the bad—as well as reveal the truth about himself. 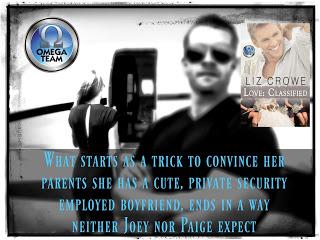 The Wild One (The Tutores Book 1) by Riley Murphy 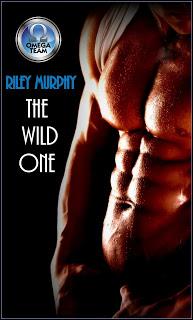 Ben Montgomery is the Omega Team member you can always count on to keep a cool head if a mission heads south. He’s dedicated himself to his work and protecting those he works with. When he is called for a solo mission to play the hot-and-heavy boyfriend to a young woman for the weekend at her family home in Key West because he’s a Dom, he nearly passes on the job. Until he finds out her brother-in-law is the celebrity attorney who got a dangerous killer off on a technicality. The very serial killer who Ben believes murdered one of his partners. Now there was no way he can turn the mission down. Medical Examiner Margret “Daisy” Keller likes dead people. They don’t talk. But she needs more than silence right now. She needs two things—to finally find out the truth behind her sister’s disappearance three years ago and to get her career as an M.E. for Hillsborough County back on track. As lines between them blur, Ben realizes things aren't exactly as they seem. Daisy is hiding something from him. What he doesn’t know is how far she’s willing to go to keep him in the dark…or why. 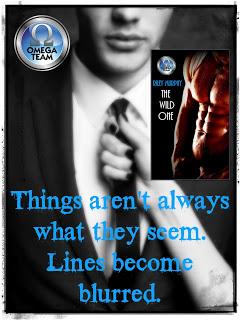