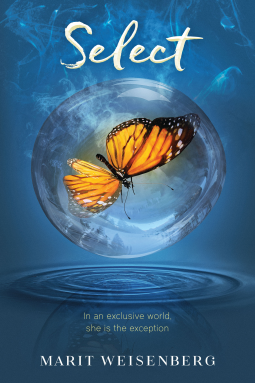 “It had always been a fact of life that we were biologically different—better—and that it had to be kept secret.”

Seventeen-year-old Julia Jaynes has the perfect life. She’s beautiful, freakishly athletic, and extremely smart. That’s because she comes from a race of highly-evolved humans living in the heart of Austin, Texas.
In order to protect their anonymity and preserve their elite society, Julia’s powerful father forces her to suppress her abilities. When she accidentally demonstrates her super human prowess in public, she’s banished to the one place meant to make her feel inferior: public high school. Thrust into the confusion and humiliation of a normal high school, Julia is just trying to keep her head down when John Ford strolls into her life. An outsider and tennis jock, John is immediately attractive to Julia as a curiosity. She can even read his mind. But as Julia's newfound powers over John grow, so do her feelings.
When she discovers her father has been hiding dangerous secrets, for the first time in her life, Julia begins to question her restrictive upbringing. Caught between the prejudices of her manipulative father and the allure of an outsider’s life, Julia must decide how she will define herself—and who she will betray.

***I voluntarily agreed to give my honest opinions in this review in exchange for an ARC.****

I have to state truthfully that I have had this copy for a while now.  I overbooked myself a bit and it just kept getting but further down my list.  I had requested this book based on the description above and it didn't do it justice.  This book had so many little twists that once I started it I had to finish it right away.  The story and writing were so good that it was playing out in my head just like a movie. The character of Julia is easy enough to identify with but there were times when I was yelling at her in my head for not being more fearless.  It was all part of the big build up at the end. The story was about a teenager with special powers learning to fit in instead of being true to herself and how she was forced to make a tough choice. However, there was so much more happening. This book had it all, love, teenage problems, difficult home life, and danger. I am giving this 5 out of 5 on Goodreads.