I have no words for how AWESOME this movie was!!! I am still processing and when I am done I will post a full review so just stay tuned...
Posted by April at 7:55 PM No comments:

What Men Want is FANTASTIC!!!

A few weeks ago I was feeling stressed out by work, weather, and family and decided I needed a       "Self Love" day.  I took myself out to a matinee movie.  I love Taraji P. Henson and romantic comedies so it seemed like a perfect fit.  I got the largest tub of popcorn with extra butter and a giant cherry soda ( my guilty pleasure) then settled in to the newly remodeled reclining (and heated) chair at the AMC theater and prepared to be entertained.  I know a lot of people think it's weird to go out to eat or to a movie alone but I don't mind it at all.  The best part of going to see this movie in the middle of the work day was that there were only about 5 other people in the ENTIRE theater.

This movie was freaking funny!  Ali Davis ( Henson) is a woman in the male dominated sports agent business.   She has worked twice as hard to be successful as her male coworkers but she keeps getting passed by for a partnership.  Her best friend is getting married and in honor of her last night of freedom they decide to have psychic readings done before they hit the club.  The psychic (played by Erykah Badu) tells Ali that until she truly understands what men want she will never get her promotion.  FYI... Erykah Badu was my second favorite character in this whole movie.  She was awesome.  Anyways, Ali ends up getting a little to turnt at the club, hits her head, and wakes up with the ability to hear men's thoughts.   The rest of the movie is just amazing.  Watching Ali try to land the biggest deal of her life while balancing a new relationship and her powers is comic genius.

This movie has something for everyone so fellas don't think of this as a chick flick or you will miss out on Tracy Morgan and all the other amazing men that make up the cast.  I will be adding this to my home library for sure when it drops.
Posted by April at 7:51 PM No comments:

Between the Lies by Michelle Adams is a Must Read! 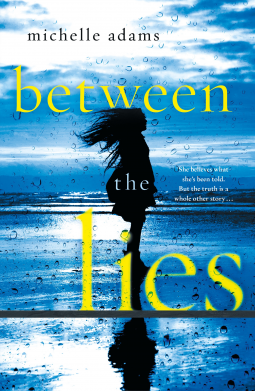 ***Thank you to St Martin's Press via Netgalley for providing a digital ARC of Between the Lies by Michelle Adams for review. All opinions expressed in this review are entirely my own personal opinions.***

In the vein of Allison Brennan, Michelle Adams's Between the Lies is an addictive psychological thriller with twists that keep the reader guessing until the last page, in which a woman who's lost her memory is back home with a family she doesn't know—who are keeping secrets of their own. The truth is hiding between the lies.~~~
What would you do if you woke up and didn't know who you were?Chloe Daniels regains consciousness in a hospital with no memory of how she got there. She doesn't recognise the strangers who call themselves family. She can't even remember her own name.
What if your past remained a mystery?As she slowly recovers, her parents and sister begin to share details of her life. The successful career. The seaside home. The near-fatal car crash.But Chloe senses they're keeping dark secrets—and her determination to uncover the truth will have devastating consequences.
What if the people you should be able to trust are lying to you?

I requested to read this book because I have been in a reading rut where I am only reading the same type of book and wanted something NOT so romantic.  I was not disappointed!  This book is filled with suspense, lies, murder, stalking, and a whole lot of other things.  Chloe wakes up from a month long coma and has know idea who the people are claiming to be here family.  This alone would freak anyone out but then as she begins to heal and have flashes of memories resurfacing, she begins to realize that her family has been lying to her.  She finds out that her own life was very complicated and her father who has been helping her try to regain her memories has possibly been removing them and creating false ones with a new type of experimental therapy.  The more Chloe learns/remembers about herself the more she starts thinking the car accident that caused the coma may have been intentional.

I don't want to go into too much detail and spoil anything for you but you absolutely should pick up a copy of this new release.  Just maybe don't be alarmed if you read it before bed like I did and start having weird dreams. This is gonna be 5 stars for me for sure. 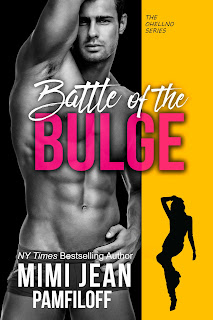 MY NAME IS MITCH HOFER. I’m a world-famous swimmer from Australia, best known for three things:
my gold medals, my looks, and filling out a swimsuit with my…eh-hem—bulky equipment. Let’s just say
there’s a reason my nickname is “the Bulge.”
But beyond the fame, sponsors, and glory, there’s more to me than people know, including one hell of a
mess I’ve gotten mixed up in. Life-or-death stuff, so bring in the professionals. Just don’t give me a chick
bodyguard. Especially a young hot one who distracts me at every turn and hates my guts…

MY NAME IS ABI CARTER, and I hate Mitch Hofer. Yeah, he might be the sexiest champion swimmer in
the world, but I’d give this guy a gold medal for being a first-class jerk.
Unfortunately, my boss has given me a choice—guard Mitch or get another job. And I really need the
money. I can be professional, but if Mitch says “chicks can’t be bodyguards” one more time, I just might
strangle him myself.
Still, something about the way Mitch keeps looking at me makes me think there’s more to his story. It’s
almost as if he’s trying to drive me away. But why?

Author Bio:
MIMI JEAN PAMFILOFF is a USA Today and New York Times bestselling romance author with over a
million books sold worldwide. Although she obtained her MBA and worked for more than fifteen years
in the corporate world, she believes that it’s never too late to come out of the romance closet and
follow your dream. Mimi lives with her Latin Lover hubby, two pirates-in-training (their boys), and the
rat terrier duo, Snowflake and Mini Me, in Arizona. She hopes to make you laugh when you need it most
and continues to pray daily that leather pants will make a big comeback for men. 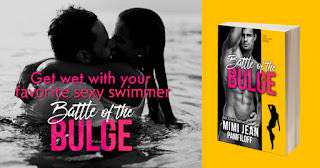 I have said it before and I will say it again.....I LOVE MIMI JEAN PAMFILOFF! Her stories always make me laugh and root for the characters.  I swear she just gets better with each series.  This particular book can be read as a stand alone or as book 4 in the "OHellNo" Series.  Mitch and Abi are my favorites.  I love their chemistry and the fact that Abi pretends she's immune to Mitch " the Bulge"Hofer's  very obvious charms.  This book had some pretty creative scenes where people  were trying to kill Mitch but the funniest was at the beginning when it's a little old lady that Abi brings down before she passes out.  I recommend this book to anyone who wants to escape into a world of hot men, pretty women, and sarcasm at it's best. 5 out of 5 stars for sure.